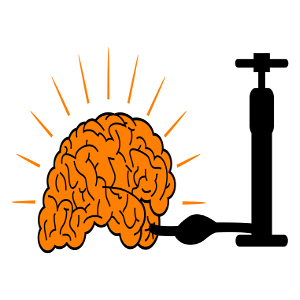 If we could just be a little sharper, a bit quicker and smarter!  Whoo-wee we could be rich! At least we could silence that know-it-all who always seems to know the answers first.

But could we also possibly prevent or at least delay the onset of cognitive impairment, dementia or Alzheimer’s disease with some changes in our food and beverage choices? Can it hurt us?

What if what we ate each day could be a sort of magic pill to keep our minds sharp, our memories clear and our brain power at its peak? It could be amazing!

Let’s take a look at some of the food and drink that is touted as boosting our brainpower.

Will cocoa drinking hurt you? Probably not. Will it make your memory of yesterday’s breakfast clearer? Probably not either. The effects of chocolate and the compounds they contain known as flavanols will continue to be studied so we can expect to continue to hear more about the benefits of chocolate especially dark chocolate. Go ahead and have a bite of chocolate, you know you want to!

Vitamin E Slows the Decline of Some Alzheimer’s Patients

Antioxidant properties of vitamin E have been studied for several years. The results have been mixed up to this point, however, with some touting it as helpful and others saying no help at all. A new study is again raising the issue of the benefits of vitamin E. The latest study gave high doses of vitamin E over a two year period. They found that cognition did not stop deteriorating in those with Alzheimer’s but it appeared to provide a beneficial protective effect with regard to the participants performing independently their activities of daily living such as dressing and feeding themselves.

Antioxidants in general and vitamin E specifically will continue to be examined for delaying cognitive decline but the jury is still voting no at this time for high doses. Vitamin E is included in your multivitamin as well as foods that you eat already.

Researchers from a new study report that eating foods such as fish, soy and nuts which are good sources of omega-3 fatty acids once a week help to prevent Alzheimer’s. They tested blood samples for the presence of beta amyloid proteins linked to Alzheimer’s disease. They found, the more omega 3 sources in the diet, the lower the beta amyloid found in the blood. They did not study supplemental omega 3’s only food sources.

At this time, it is unknown how beta amyloid in the blood will correlate with the development or progression of amyloid plaques and Alzheimer’s. Adding food sources of omega 3 fatty acids to your diet once a week or more might be beneficial and won’t hurt.

A snack of nuts plus fish during the week could help you reduce your beta amyloid levels and is a healthy addition to your diet. We won’t forget that it is also recommended for heart health. Whether this will change the outlook for Alzheimer’s is unclear but more study in underway so we can expect to hear more about omega 3s.

Researchers are trying to determine if drinking coconut milk/oil will help brain functioning and prevention of Alzheimer’s. Properties in coconut oil provide a fuel to the brain that many hope will be beneficial to those suffering from dementia and Alzheimer’s. Coconut oil has been shown to provide energy to neurons but at this time there is little scientific evidence that coconut oil can improve cognition even though coconut proponents want us to think it is so.

If you like drinking coconut milk or a coconut shake, go ahead and enjoy but don’t count your coconuts for a cure just yet!

Researchers have found that naturally occurring compounds in red wine called polyphenols block the formation of proteins that build the toxic plaques targeting the brain. Unfortunately, so far the research has been performed only on lab rats with human studies yet to come. It appears that these polyphenols in red wine can block the clumping of beta amyloid plaques in mice.

Buck Institute has uncovered a link with resveratrol found in red wine with ApoE4 and SirT1 which are genetic hallmarks of Alzheimer’s. How each impact the other is still unknown but work continues. None of these researchers say how much wine is needed to gain a beneficial effect and in the popular press the amount varies from one to three glasses needed each day.

So, much like coconut milk/oil, if you enjoy a glass of red wine then go on enjoying it. If you don’t drink red wine now, there is no strong evidence to start doing so especially since we don’t know if one glass is sufficient and excess alcohol carries other risks.

New research is coming out daily about what to eat, drink and breathe and what to avoid. For example, some days caffeine is bad and other days it is good. It gets very confusing about what exactly you should be eating and drinking and how much help you might be missing if you don’t jump on each new trend.

The fact is that science is always evolving. Studies must be validated by other researchers and the truth is a preliminary finding may take many years to reach full potential.

The key thing to consider when each new theory is postulated is always can this do me harm? If drinking a glass of wine or coconut milk won’t cause me harm and may actually benefit my health then definitely do it. If you hate red wine, don’t bother going to the liquor store for it. If trying something new, will it hurt you and does anyone really know if it will yet are questions to ask yourself? If there is potential for harm, just wait to see what unfolds before you become the first one to do it.

When evaluating the merits of each new idea hitting the press, consider the cost, credibility of the source, and will the person selling it benefit more than you will? If something costs a great deal of money with little scientific proof to stand behind it, is the person selling it gaining more than you will from using this new product then you might want to reconsider.