Shoes For Elderly to Prevent Falls

Falling is dangerous, no matter what age you are! The effects can be severe and long-lasting, and lead to other problems.

A dangerous fall doesn’t have to be from a height, especially for an elderly person. Simply tripping and falling from normal, walking height can have disastrous effects for an older person.

If you’re looking for a way to help your elderly loved one stay safe, choosing specific shoes for elderly to prevent falls can make a huge difference. 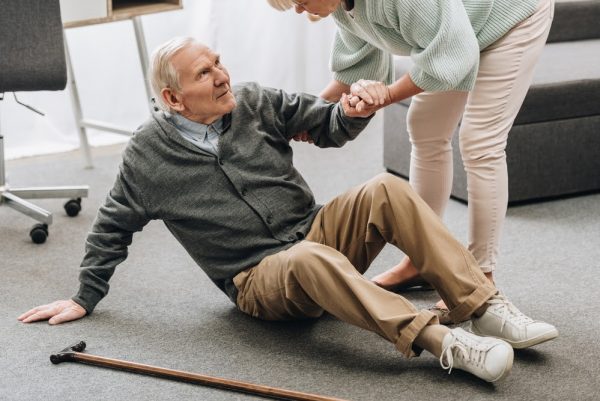 The CDC provides data on falls, and although some of their data is as old as from 2016, the statistics are still pretty scary.
Here’s some falls information you may not be aware of:

Although these stats may be a little outdated, they’re scary enough to help us understand why falls are so dangerous and why we need to do our best to help  prevent them.

We have broken them down into 3 categories:

The Best Shoes for Elderly to Prevent Falls Reviewed :

One of the best things about these shoes that make them safe shoes to prevent elderly falling is their grip. The specially-designed rubber outsole means your senior loved one won’t be slipping on anything any time soon.

As well as their non-slip properties, these shoes feature a comfortable extra volume insole, which can be removed if your elderly person needs to fit a custom orthotic.

These rubber-soled shoes are wonderful for senior ladies who want a choice of colors. They slip on and off easily, and their no-lace design is convenient.

The sole is made from thick rubber and has a bumpy surface that provides extra grip when walking on any terrain.

They’re also notably lightweight, so they’re not likely to be tripped over. Gen5 cushioning keeps the feet well supported so they fatigue less quickly.

As fall prevention shoes go, these ones would be beneficial for ladies, in terms of both foot health and style!

If your senior loved one is looking for a shoe that would be suitable in the house, out the house, and even at smart functions, the Hush Puppies are our choice.

Leather uppers not only look great, but provide some extra stability from the outside. A foot-hugging, removable EVA footbed provides just the right mix of support and softness.

They’re available in a range of colors, sizes, and widths, and we like that some have hook-and-loop Velcro closures, while some have laces. Your senior can choose what suits them best.

Ladies, there’s no need to switch shoes when you leave the house or when you return from being out. This footwear can be worn anywhere – they’re stylish as well as safe shoes.

It’s very light and slim, so there’s no danger of tripping over a clunky shoe. They’re also available in regular, wide, and narrow, so you can find a perfect fit.

There’s plenty of space for custom orthotics, but the footbed included is soft yet springy. These shoes slip easily onto and off of the feet.

The only potential issue is that the Velcro strap may sit too high on some feet, causing discomfort. But for most, it should feel just fine and stay put firmly on the foot thanks to the close fit, comfortable cushion, and durable rubber outsole.

Sometimes, laces and straps are just a bit much, especially if your senior family member or friend struggles to bend.

These slip-on shoes are perfect for around the house, and they’re even good-looking enough to venture to the store or to visit a friend.

They’re nicely padded with memory foam, so they’ll mold well to the feet to provide exactly the right cushion.

Rubber soles allow safe walking just about anywhere, and the odor-protection technology is a nice touch! If needed, they can withstand a machine wash.

No matter what size your senior loved one is, there should be one to fit – these shoes come in sizes from small to 3-XL.

These slippers are comfy and soft, as well as safe shoes to wear around the house. They come in patterned and plain, so there’s something for every lady.

The memory foam insole and “Secret Sole” technology make this a much more supportive slipper than average. Arch support and a kind of soft, comfortable stability help cushion sore or tired feet.

The textured rubber soles are skid-resistant, and should be safe for anything from the kitchen floor to the garden path.

Tips For Shopping for Shoes :

We’ve covered some dos and don’ts that will help you shop for shoes for elderly relatives and friends with ease.

Why Is Falling So Dangerous in the Elderly?

When you’re young, a fall may lead to a twisted ankle or a couple of bruises. But when you’re elderly, the results of even a small tumble can be much worse.

Falling can lead to:

One out of five falls ends up with a broken bone! When you’re older, a broken bone can take much longer to heal, leading to an extended period of pain, discomfort, and restricted movement.

A broken bone may not heal quite as well in elderly people as they would in a younger person. That means that even when the bone has healed, there may be lingering problems with the limb.

The longer-term pain and discomfort, as well as possibly having to wear a cast, increase the chances of falling again!

There are two reasons a doctor may prescribe medication after a fall. One, to ease pain if an injury occurred. Or two, to fix the reason that the fall happened in the first place.

If your elderly loved one took a tumble because they had a dizzy spell, the doc will most likely do a couple of tests to find out what’s behind that. Once he’s found the reason, chances are he’ll prescribe meds to prevent it happening again.

Whichever reason is applicable, it’s just another medication, which means more potential side effects and interactions with other meds.

An injury from a fall can mean that an elderly person who was quite independent suddenly has to rely on someone else for daily activities.

Having a cast on a broken bone, being restricted to a wheelchair, or not being able to be on one’s feet for a long period of time can really hamper a senior’s ability to do things for themselves.

Something as small as going to the store or tending to their garden can become difficult. A loss of independence can also cause depression, and guilt or shame can also arise as a result of having to rely on others.

As you can tell, a “simple” fall can lead to so many other complications! 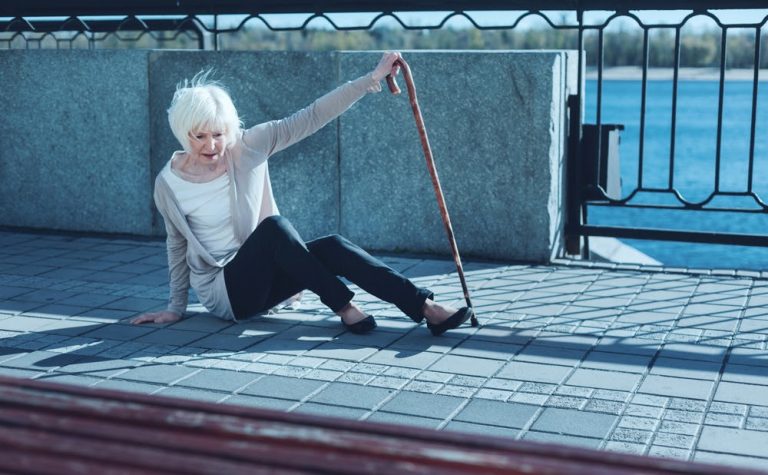 How Can Shoes Help Prevent Falls?

You may be surprised how the right shoes can help prevent a tumble. If your senior loved one has fallen, and you’re looking for shoes for elderly to prevent falls in the future, it’s important to consider why the fall happened in the first place.

Some common reasons behind falling include slipping on smooth surfaces, tripping over shoes that are too big, not being able to feel the feet (due to pain or numbness), and having sore feet that don’t move easily.

Choosing the right fall prevention shoes should make a senior’s life easier by:

What Should I Look For In Shoes for Elderly to Prevent Falls?

Choosing the right shoes for elderly to prevent falls can make a big difference in their safety. You’ll need to consider the person you’re buying for and their specific needs when it comes to shoes.

When shopping for fall prevention shoes, make sure they tick the following boxes: 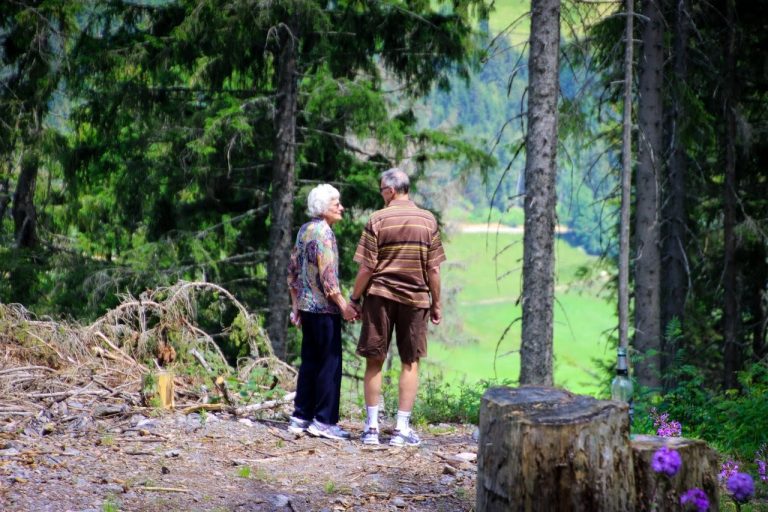 Choosing the right shoes for elderly to prevent falls is essential. In many cases, the shoes they’re wearing are what cause the fall in the first place!

If your elderly loved one is in the market for some new footwear, make sure you know exactly what they need before shopping.
You may be surprised at how much their life changes for the better when they’re wearing some high-quality fall prevention shoes!