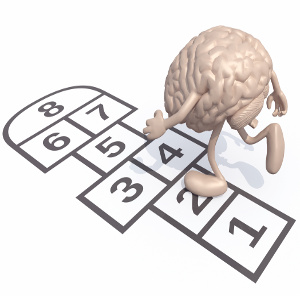 Brain games can help our senior loved ones win the battle against dementia, right?

Recent reports are mixed on whether brain games are effective at stimulating our brains and keeping dementia at bay.

That’s not what we want to hear, either for loved ones or ourselves.

Family caregivers are counting on keeping our brains sharp as long as possible, both for our own health and so we can provide our seniors the care they need.

So many of us are starting to use brain games, which are popping up everywhere. While there are free apps and online games, many programs are costly.

The real question is will their use give us a false sense of security or keep us from doing other more helpful things to preserve our brain function and overall health?

Neuroscientists have been calling into question the ‘scientific findings’ that propose that brain games can improve memory, processing speed, and problem solving and even as they are touted to prevent Alzheimer’s disease since 2008.

They believe that the science blurs the differentiation between improvement in skills, such as memory on a task, and overall cognitive ability.

Some argue that it is acceptable to use brain games for fun but there may be other more effective ways to keep the brain sharp, such as exercising. Spending time seated completing brain games may not be as stimulating for overall cognition as physical activity.

Gains found in gaming, they feel, may be fleeting compared to lifestyle activities like spending time with family or playing an instrument.

The scientists feel that standard video games may be as effective as those specifically marketed as brain fitness games.

These findings were disputed by other scientists who feel that scientific evidence does support the use of brain games to improve memory.

Psychological Science in the Public Interest

A study recently published in the Journal Psychological Science in the Public Interest found through a review of 130 scientific studies that data hasn’t supported the claims that brain fitness games improved cognitive abilities.

This group investigated the discrepancy between the two neuroscience factions at odds about the effectiveness of brain games.

This review found that improvements were made in a specific task given to subjects. However, they did not find evidence of overall improvements in memory or thinking.

They do hold out hope if the brain games are used for a longer period of time or more intensely so that cognitive improvements can be measured. Mental effort is required for positive changes.

Lifelong learning has been shown to improve cognitive functioning and that is often encouraged by experts.

There is some concern that brain game players expect to see an improvement and therefore they see one – the placebo effect.

Scientists do agree that the science of studying what will prevent dementia and improve our overall brain health and processing is moving in the right direction so that better data can be found to dispel these rumors while guiding us to make the most of our brain health activities.

All agree that participating in mental, physical and social activity likely plays a role in keeping our brains sharp.

The Alzheimer’s Association offers this advice for all of us to keep our brains sharp:

Doing these things not only helps your brain but your whole body and may prevent other chronic diseases like heart disease and diabetes.