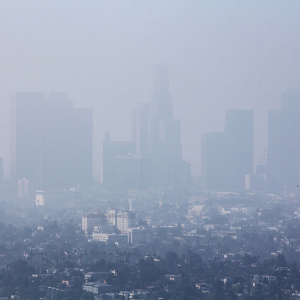 Loss of brain function is one of the fears most associated with growing older. Will we forget things, forget the faces of our loved ones or how to function every day?

Dementia has been diagnosed in 35.6 million people worldwide, according to the World Health Organization (WHO).

Alzheimer’s is the most common form of dementia, diagnosed in 60-70% of those with dementia. In the United States it is estimated that 5 million people suffer with dementia.

5 million is a lot of people. Then again, 1 is a lot if it is your senior loved one, your partner — or you.

Dementia is the progressive decline in memory, thinking and the ability to perform everyday tasks.

Most of us will do whatever we can to maintain the highest level of brain function that we can. We read books, do puzzles, stay engaged with the world around us and challenge ourselves to think!

We can also be sure to get as many brain foods into our diets as we can find, including fish and blueberries! Yes, food can taste good and still be good for us.

Staying physically active as well as mentally active will help to preserve our mental faculties so we should go for walks, play a favorite sport like golf or even go out dancing!

Are we doing enough? Is there something more we can do to protect our most valuable resource—our brains!

Alarming Results of A New Study

Recently we read a new study that links cognitive decline to air pollution!

We have all heard about the effects of poor air quality on our lungs and that non-smokers have been diagnosed with lung cancer from air pollution. It is estimated that one in ten people who develop lung cancer never smoked. Researchers have been studying the effect of fine particles in the air causing inflammation in the lungs which is a strong risk for lung cancer.

The World Health Organization reports that about seven million people globally die from air pollution many due to fumes from indoor stoves. They state that air pollution is the single largest environmental health risk with one in eight deaths annually.

It is pretty hard to breathe clean air when air pollution is both outdoors and indoors. They feel the threat is so severe, the WHO cancer agency classified air pollution as a carcinogen.

The latest study is examining growing evidence that fine particulates in air pollution also affect our brain health. Researchers are looking at people who live in more polluted areas and seeing a link to greater rates of cognitive decline that is not explained by other risk factors.

The study began in 1986 with participants and air pollution measurements. They found that air pollution doesn’t just enter the lungs but seems to be going directly to the brain through the nasal passages. Cognitive function testing using math and memory tests were studied in the participants.

They found that, in the locations studied, air pollution exceeded the EPA’s quality standard guidelines. The test results of those in the more polluted areas showed a one and a half greater cognitive testing error rate (in other words, more memory loss).

It was concluded that air pollution was not only harming lung function but also brain function perhaps as an effect of harming the heart and circulation.

Reducing Your Risk of Air Pollution

There are steps that you can take to reduce your senior’s exposure to unhealthy air and also to reduce your own contribution to the overall air quality. We spend about 80% of our time indoors, so it is a good idea to do things to make the air quality better where we live. Here are a few suggestions you might want to try.

It is important as we are all living longer and desiring to be as independent as long as possible, to do all we can to prevent our own decline. Just as we prevent falls, we need to prevent memory loss and the onset of dementia.

One of the studies published recently linking cognitive loss to air pollution reports that the greater amount of air pollution exposure a person had over time could result in significantly faster declines in cognition and could be as much as an extra two years of aging.

We can’t choose to stop breathing so we need to become active in improving our air quality inside our senior’s homes (and our own) as well as our community by adopting some of the suggestions above.

What are you already doing to improve our air quality and potentially our cognition?