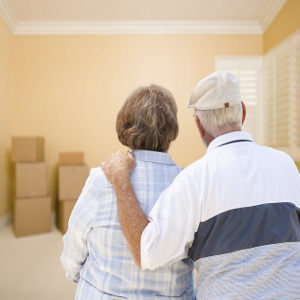 In the not-too-distant past, older people who lived long lives were likely to face the final years of those lives in a long term care facility.

This is after they retired away from the support of close family members and were unable to remain independent in the home they had fled cold weather to establish.

But things are changing.

We all need some support as we age, especially as the majority of us and our senior loved ones hope to stay in our homes as long as possible.

Today, seniors are healthier than ever before in history as they age. They are staying active, retiring later and later and anticipate living longer.

Advances in medicine have helped us all with increased life expectancy.

Because seniors aren’t retiring as they once were, many are remaining near family members as they age, knowing how important family caregiver support will be. Interstate migration, moving from one state to another, has rapidly declined and is currently at its lowest point since World War II showing how many seniors have decided not to relocate when they retire as they once did.

And family life is changing too.

There has been a great deal of research into the changing dynamics of families.

Home ownership figures have changed with the fluctuations in the economy. Many unfortunately lost their homes during the too-recent economic downturn. Some seniors were affected by this financial situation when their pension income changed quickly.

Families themselves are changing as the divorce rate continues to be strong.

Young people have decided not to become homeowners after school because of the cost of housing and their student loans dragging them down. The Federal Reserve Bank of New York ties joblessness and rising housing costs to the reality of more young adults choosing to live with their parents.

Not quite ready to give up the comforts of their home or taking on more debt, the number of young people who are boomeranging back home with mom and dad has increased by 30%.

Those young adults and seniors who choose to move seem to still desire living in the suburbs. While aging in place in a city center, which can afford seniors more age-friendly options including walkable areas, public transportation and nearby social services or socialization opportunities, it appears they still seek suburbia.

According to the second quarter of 2015 results released by the Commerce Department, the country’s home ownership rate hit a 48 year low. The total was 63.5%. Rental households increased, however.

Some fear that, in states where the foreclosure judicial process was long, some may still be losing their homes. Needing more for a down payment, difficulty getting a loan as well as student loan debt may be keeping young people from becoming homeowners.

With the changing face of families and the inability of the younger generation to launch from the family home, seniors have been increasingly leading the way in starting new households. They are filling the role once held by young people leaving their parents’ homes and setting up their own homes.

According to Terner Center for Housing Innovation at the University of California Berkeley, older people, not the typical 25 to 34 year olds, are starting new households. Over 860,000 or two thirds of the total new households formed in the past year were started by seniors between the ages of 65 and 74.

Many experts try to find an explanation for this shift. They believe it may be that more older adults are getting divorced and striking out on their own, creating a new household especially since the rate of divorce in this age group has shown an increase.

Also a factor may be the growing numbers of older adults as the population increases.

Because this number is derived by the number of households divided by the adult population, the theory is that older adults usually have fewer home inhabitants, thus shifting the numbers in their favor a bit. Younger adults often have roommates to help offset the expenses.

They also point to the fact that younger people are staying at home and not starting homes of their own.

New household formation has increased overall since the recession but researchers point to the fact that there has been a demographic shift, not necessarily a change in the economy.

These researchers also characterize an older population starting new households with a home selection that is single family not multi-unit dwellings and more often in suburban locations.

The change in where seniors live, where young adults live, and how they choose to structure their new households could have an impact on how they connect with family caregivers.

As with any family, no matter the dynamics of divorce, blended families, relocation, aging in place or conflict, it is important to keep the line of communication open.

When seniors begin new households, move to be nearer family or end up farther away, or have multiple layers of family relationships to sort through, it will be important for family caregivers to remain flexible and remember why you are a caregiver.

You are doing it out of love for your senior.

We will continue to experience changes within our families, young and old, as life moves on. There really is no certainty except change.

How families look to the future, see the changes coming toward us and react positively to make things work for the entire family is up to you.

As a family unit you can overcome the challenge of change!