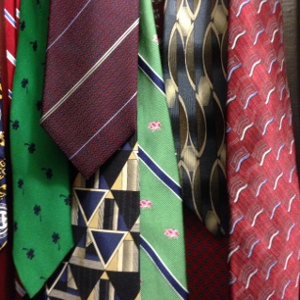 We loved our grandfather and have so many fond memories of him and his influence on us all.

He has passed on but is remembered fondly at many times of the year and in many situations, but especially so on Father’s Day.

During our young adult years with our growing family, we lived quite a distance away from our grandfather and grandmother, but we visited them as often as we could.

We actually visited them more than our own parents because they had such a great impact on our lives – – and also because we felt like we had a positive impact on theirs.

We really appreciated their wisdom and experience and valued what they brought to our family.

We especially enjoyed hearing our grandfather’s stories, reminiscing about his life, and answering his many, many questions. He loved showing our kids new things and ‘the way things used to be’. He had gadgets and gizmos a plenty!

Our First Encounter with Alzheimer’s Disease

Our grandfather always had a question to ask and then another one after that. He showed genuine interest in what was going on in our lives.

As he grew older, though, many days those questions were often along these lines:

As you may have guessed, our grandfather had Alzheimer’s Disease and eventually couldn’t remember the answers to the questions he asked – or even that he had asked them – only a few minutes earlier.

He was like so many others who are diagnosed with Alzheimer’s Disease and dementia.

It was heartbreaking for us to see him change over time, knowing how much he enjoyed engaging with the world around him and keeping up with what was happening.

Our Memories of Time with Grandfather

He was a dedicated family man who worked hard all his life and retired from working after spending his entire career at one company.

Grandfather was unable in his day to go to college and regretted that circumstance.  He valued education greatly and consequently created a foundation to help young people further their education.

He was very supportive, inquisitive and nurturing.  He always wanted to share his joy and passion about the favorite things he treasured with others such as gardening, animals, reading, walking and sports.

His love of gardening is with us still, though only he had the energy (even late in life) for the large size that he tended each year.

The only program he wanted to watch on TV was the news report on PBS. Well, that and Lawrence Welk.  He had little patience for any other TV programs unless there was a good hockey game on that afternoon.

He influenced our children as they grew up and they got to know him better.  They were prepared for his many questions and got a kick out of his zest for life. They loved filling up the birdbath and chasing the neighborhood cat.  They joined him on his long walks in the afternoon to “stretch their legs.”

A Time of Remembrance

Father’s Day is celebrated by families across the country. We have picnics, play ball, go to a game, or just hangout. We buy gifts and surprise dad with a special tie or handmade card.

Father’s Day began as a way to honor dads as we were already honoring moms. Many dads were veterans who came back from the war to provide for their families.

It wasn’t until 1966, when President Lyndon Johnson proclaimed the third Sunday in June as Father’s Day, and 1972, when President Richard Nixon signed it into law, that the country began to celebrate Dad.

Dads and Granddads deserve to be thanked with a good gift just like moms and grandmothers! Here are some gifts you might consider giving or express joy at receiving!

Our grandfather is gone but far from forgotten, especially as we celebrate Father’s Day. Father’s Day is a day of remembrance, memory making and being grateful for the dad (or granddad) in your life whether past or present.

“Blessed indeed is the man who hears many gentle voices call him father!”
– Lydia M. Child

We wish all fathers a wonderful day of relaxation, family time and asking as many questions as you want!