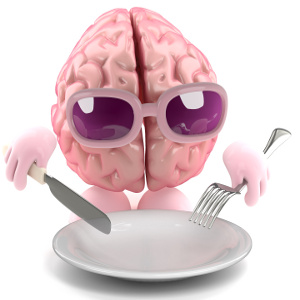 If you were told there was a diet plan that, if you followed it closely, would reduce or even prevent the risk of getting Alzheimer’s, would you do it?

Would you make the needed changes to your eating habits — and then stick with them?

There is some more motivation to do so in some recent research we think is encouraging enough to pass along.

This finding comes at the same time as the latest report on Alzheimer’s was released. The 2015 Alzheimer’ Disease Facts and Figures report was just released with more sobering statistics!

Alzheimer’s continues to be the only cause of death without a cure or reliable treatment. A new case is diagnosed every 67 seconds with more than 5 million people living with Alzheimer’s disease in the United States.

One in three seniors dies with an Alzheimer’s or dementia diagnosis.

Two thirds of persons with dementia are women.

Who wouldn’t want to prevent it, or drastically reduce the likelihood of getting dementia, if it was as easy as eating differently?

We call that motivation!

Researchers did find a correlation in those people who followed the diet also had an overall healthier lifestyle. They state it is never too late to start this diet to see its effects. The longer the diet is followed, the more protective benefits you can receive.

One should limit the unhealthy while increasing the healthy choices. Fruits such as blueberries and strawberries are emphasized due to their brain health benefits.

The MIND diet was designed by a nutritional epidemiologist and her colleagues at Rush University Medical Center in Chicago.

Because the Mediterranean and DASH diets have already shown benefits for heart health, researchers feel that the added benefit to reduce the risk of Alzheimer’s should add enough reason to adopt these dietary habits for health.

Most experts agree that the research that proves eating one type of food or another or avoiding eating something is still in the infant phase. Research is underway right now looking at connections between consuming a variety of foods and the development of dementia.

At this point in history, there is no clear evidence that a food or component will prevent dementia but there are many hopeful research studies that have begun to shed light on improvements we can make to increase our health and wellness which could, in turn, reduce our risk of developing dementia.

Our Brains – Our Choices

It is important to remember that what we eat (or don’t eat) is an important factor in our overall health — especially with respect to brain health — and it is the most easily modifiable environmental factor.

It is in our control. We choose what we eat every day.

Choosing foods that are high in saturated fat and cholesterol instead of foods that are rich sources of antioxidants may be influencing more than our waistlines – it may be contributing to dementia.

In addition to what we eat, how active we are physically and mentally contribute to the determination of our risk for dementia as well.

As more research comes to a conclusion in the near future, we should be ready to make the lifestyle changes they feel will help prevent Alzheimer’s disease and other dementias especially until a cure can be found.