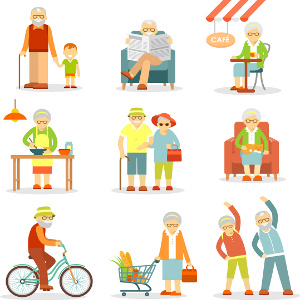 Alzheimer’s disease continues to have no real treatment or cure.

While we have hopes for the future, the latest facts and figures from the Alzheimer’s Association continue to paint a picture of crisis.

Alzheimer’s disease is the most common cause of dementia — a degenerative brain disease characterized by loss of memory, cognitive skills, and problem-solving ability.

Neurons in the brain are damaged and destroyed, resulting in the inability of the person with dementia to care for themselves.

Many people across the globe are fundraising in the hopes that research will one day find a cure to end Alzheimer’s or at least a way to slow its progression in those diagnosed.

Because of the research that has happened in the last ten years, we know much more about the disease process but not enough yet to prevent, treat or cure it.

Researchers now believe early detection will be important to prevent, treat and cure the disease.

The report begins with the not surprising result that more people are being diagnosed with Alzheimer’s disease.

The current figure is one person diagnosed every 66 seconds!

There are many risk factors that have been identified through the latest research. Some are modifiable and some are not.

A combination of risk factors, rather than a single cause, is now thought by experts to lead to the disease.

There are new reports almost daily about how this drug or that food will prevent us from being diagnosed with this progressive neurological disease.

Lifestyle changes have long been encouraged to prevent chronic diseases such as heart disease, cancer, diabetes and stroke.

Now we are finding out that many lifestyle changes may impact whether or not we develop Alzheimer’s disease, too.

These lifestyle factors are known as modifiable risk factors and research is proving the need to make changes.

Now is the time to begin to adjust our habits to prevent this devastating disease.

A strong, healthy heart is able to pump much needed oxygen and nutrient rich blood to the brain.

Be a lifelong learner!

Stimulating the brain not just as you age but throughout your lifetime will help prevent neuron damage.

More education is thought to build a ‘cognitive reserve’ that helps fight against brain changes through increased brain connections.

Less education may also mean that a person’s job is not going to be mentally stimulating over the course of their lifetime as well as lower socioeconomic status.

Research indicates that we should be mentally engaged throughout our life to help prevent dementia and Alzheimer’s disease.

Sustaining an injury to the brain disrupts brain function.

A strike or jolt to the brain leading to traumatic brain injury occurs to as many as 1.7 million people in the US, primarily as a result of motor vehicle accidents and falls.

Repeated head injuries put us at higher risk of dementia and neurodegenerative disease than those who have not experienced head trauma.

There have been many media reports about other things that we can do to prevent our risk of developing dementia and these may or may not be factual. If they will do no harm then they may be worth trying.

A good insurance plan would be to incorporate these lifestyle changes into your routine–they are not too hard to do and could be fun for you and your family while you help to lower your risk of developing dementia!