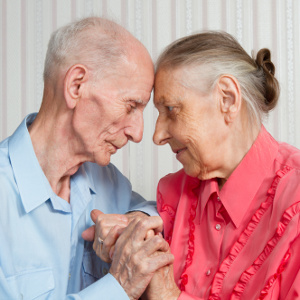 We are all aging but are adopting healthier lifestyles than those in generations past.

As a result, life expectancy for both men and women has increased — for men at a greater rate than for women.

That isn’t much of a surprise to us, as we need only look around to see the smiling faces of many seniors enjoying life.

Also, the news media frequently shares inspiring stories of centenarians celebrating their 100th or even 110th birthdays. These are both men and women!

Did you notice – both men and women?

In the past, life expectancy for men was less than for women, leaving many women facing retirement alone. Those demographics are beginning to change.

This report shows that women are living alone less now than they were in the past.

From 1990 to 2014, Pew found that the number of seniors aged 65 to 84 who live alone has decreased by 3% compared to earlier recorded years. Prior to that time, the number was steadily rising.

In contrast, older men living alone increased to 18% in 2014 from 15% in the earlier group, likely because more are divorced and not remarried, according to the study. Some studies indicate that men are more likely to remarry after divorce than women.

The research from this study highlights the changing face of successful aging for women.

In the past, women were widowed and lived alone.

At the same time, women in the study living with a spouse increased from 41% to 46%.

These women were also likely to be unmarried and living with adult children or others in 2014.

The data changes for women after age 85. Women were more likely to live with their children and be unmarried, 23% compared with 16%, as they age.

Women make up a greater percentage of seniors in this age group of 12.1 million seniors living alone. Their majority has dropped from 79% in 1990 to 69% in 2014 as men live longer.

It is interesting to note that women who live alone report that they spend more time on hobbies than men, 65% compared to 49%.

Even though the numbers of women living alone has decreased while the number of men has increased, both groups report that their goal is to stay in their own home as they age.

It doesn’t matter if they live with someone like a spouse, children or another person, they prefer to do so in their own home.

In fact, according to another survey, six out of ten seniors say they would get in-home care if they could no longer live alone in order to be in their home.

Despite the desire for independence and wishing to stay in their own home, seniors surveyed report that there are pressures when living alone that can be difficult for them.

Living Alone Should Not Mean Being Lonely

It is important for seniors to stay engaged with their family, friends and communities as they age in place.

Being a volunteer in an organization or agency about which your senior feels passionate, such as the humane society or local school reading program, can improve their quality of life.

Visiting with friends and family members to stay connected, whether in person, via telephone, or virtually through technology is important for the mental well-being of our senior loved ones.

Going to the senior center can also help many seniors stay connected.

It is also helpful to reach out and adopt resources that can improve senior’s ability to age in place more easily, safely and longer through the use of technology. There are many quick, easy and inexpensive ways to increase the use of technology as well as other more involved and costly ways.

The benefits may outweigh the costs for some of these devices and innovations for many seniors living alone.

Family caregivers may need to facilitate in some way the activities in which their seniors choose to participate. You may have to arrange transportation or assist with getting them started.

It would be well worth it for senior loved ones if you give them the jumpstart they need.

Living in their home may be their goal, but being isolated and lonely certainly is not!

They may need the help of family caregivers or encouragement to stay engaged for their own health.

Their quality of life should be everyone’s goal!