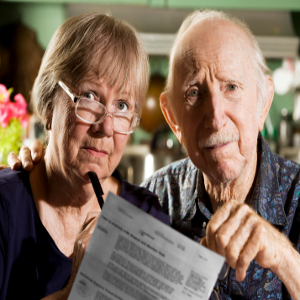 8.8 million seniors face the threat of hunger in America!

That’s more than one out of every seven people aged 65 and older.

Yes, that’s too many — but then one would be too many.

Could your senior loved one(s) be among those numbers and you don’t know it?

This is a problem that can – and needs to be – solved. The first step in doing so is understanding the problem: how is hunger defined, who are the hungry seniors, where are they, to what groups do they belong?

Using data from the USDA to establish the official food insecurity rates of households in the United States, a newly-released report from the National Foundation to End Senior Hunger (NFESH), The State of Senior Hunger in America 2011, outlines the growing numbers of seniors who are facing the threat of hunger.

Those older adults who are the most vulnerable to being hungry include baby boomers (i.e. the “young old”), grandparents living with grandchildren, women, non-whites (Hispanic and African American seniors) and those who are poor or near poor.

The USDA defines food insecurity as “consistent access to adequate food is limited by a lack of money and other resources at times during the year.” This could be caused by several factors, such as juggling whether to purchase medications or food or lack of transportation to access food, as well as other obstacles to obtaining adequate amounts of nutritious food.

According to the NFESH report, the threat of hunger affects those who are marginally food insecure, the risk of hunger occurs when someone is food insecure and facing hunger is when an adult is very food insecure based on answers to specific questions.

Who Are the Seniors Facing Hunger?

There are seniors across the US facing hunger, in every state, age category, ethnic group and income level.

As we often discuss at Senior Care Corner, proper nutrition is a key to maintaining health.

Because food insecurity is associated with poor nutrition and health outcomes among seniors, this upsurge in seniors facing hunger and food insecurity will likely lead to additional public health challenges for our entire country.

This is, of course, not good news for a US healthcare system already seeing cost increases that are out of control and facing the reality of an aging population that will impose ever-growing requirements.

That means senior hunger isn’t just a problem for older adults but for all of us!

Local and nationwide initiatives are needed to focus on meeting the nutritional needs of our seniors.

We need to encourage at-risk seniors to take part in the programs currently available, such as the SNAP/Food Stamp Program, as currently only 35% of eligible seniors participate. They need help navigating the system to apply for benefits, realize that the benefit can be as much as $102/month, and reduce the stigma of using vouchers at local grocery stores.

Nutrition programs such as congregate meals at local Administration on Aging sites and Meals on Wheels have had reduced funding, both governmental and from contributions, and are thereby unable to meet the needs of the growing senior population. Advocacy for increased funding is needed.

Become an advocate in your community for increased nutrition and financial support for seniors, get volunteers to help nutrition programs that serve the older population – such as church outreach programs, Meals on Wheels and food banks – and speak up to increase awareness of the growing problem posed by the threat of hunger in our seniors.

Let’s make the next report a better one!