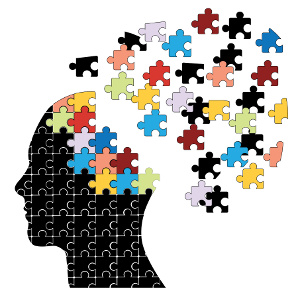 Recently we heard said that if you have a brain you are at risk for Alzheimer’s disease.

If that doesn’t make us all want to find a cure, nothing will!

We are learning more and more about the disease, what could be contributing to its prevalence, how genetics can influence its development and how our neurons become damaged.

What We Don’t Know About Alzheimer’s

What we don’t know is what to do about it once we see its symptoms or how to prevent it.

Neither do we know what can be done to reverse it or even slow it down significantly.

Therefore, we are left with adults who have degenerative brain impairment and caregivers who live many years meeting the needs of their loved ones who have been diagnosed with dementia, forced to watch them slowly become someone they don’t know and who don’t know them.

There is some hope on the horizon in the field of research that we at Senior Care Corner® keep a close eye on so that we can all benefit.

There is a new research effort from Australia using ultrasound technology to clear amyloid plaques in the brain that lead to memory loss in those diagnosed with Alzheimer’s disease.

The buildup of amyloid plaques, a sticky protein that clumps together and neurofibrillary tangles cause neuron damage that impairs cognitive function over time. It results in the inability for neurons to receive nutrients through the tangles.

In an article published in Science Translational Medicine, the research team reviews their modality which uses focused therapeutic ultrasound to non-invasively send sound waves into the brain tissue affected. It stimulated microglial cells to begin removing the waste (plaques and tangles).

They tested this thus far on mice with a full restoration of the memory in 75% of the mice. Furthermore, they saw no damage to the surrounding brain tissue.

This is still in testing but the researchers feel that this information could fundamentally change the treatment of Alzheimer’s disease. After testing in sheep, they plan to test humans in 2017.

Can Green Tea Defend Against Alzheimer’s?

Many foods, including so-called super foods, have been touted to prevent or protect against dementia, including Alzheimer’s disease.

The latest food is green tea. Some are proposing that it has the capability to “prevent and possibly reverse” the effects of dementia. They report that green tea can prevent amyloid plaque from forming, break down current plaque and help to create new neurons in the brain tissue.

Scientists have been using neuroimaging scanning to show that green tea extract can boost activity in the area of the brain that controls memory.

How does green tea do this? Apparently there is a compound in the tea known as catechins that has a neuro-protective effect and reduces neurodegeneration. EGCG, epigallocatechin-3-gallate, a polyphenol in green tea may promote neurogenesis or creation of neurons.

One study administering various teas to people over 70 in Japan found that drinking 2 or more cups per day of green tea reduced the odds of cognitive impairment by 54%. This study was questioned due to the fact that the subjects were not monitored for adherence. Therefore further study to show the impact of green tea extract using neuroimaging was done.

Immediately following drinking a 500 ml green tree extract beverage, imaging was done to visualize the memory function of the brain in the prefrontal cortex.

The results are hopeful that increasing our intake of green tea may influence our brain function. What form of green tea is best, how much of the EGCG component is needed, and how many times per day over how long a period of time will we need to drink the tea in order to see results are questions that are yet unanswered.

Eyes a Window to the Brain?

Duke University researchers are testing the eyes of seniors to determine if a diagnosis of early stage Alzheimer’s can be made using optical coherence tomography (OCT) to capture cross-section images of the layers in the retina. Seniors were first tested using a standard memory screen which measures thinking and memory.

Seniors may be exhibiting typical ‘senior moments’ or lapses in memory unrelated to cognitive impairment.

They hope this eye imaging can uncover cognitive impairment by examining plaque formation in the eyes or thinning of the layers of the eye, which could indicate dementia.

If this strategy works, it would be an inexpensive, non-invasive and readily available test to determine early onset Alzheimer’s disease. The study will continue and they hope to have an answer in two years.

A blood test that will detect early Alzheimer’s disease is getting closer to reality. It can be used to screen older adults for particular biomarkers indicating the disease.

The specific systems and guidelines are being determined so that physicians and labs know how and when to perform the test for accuracy.

Drugs May Have Potential

With the push for more research into not only treatment but cure for Alzheimer’s disease, there has been a focus into medications that might be successful to treat the disease.

There are many drugs in development but several researchers feel that the answer will lie in the use of a drug cocktail similar to that which has been working in HIV/AIDS. This dementia cocktail will aim different drugs at different targets.

Many of these drugs are still in the testing phase of clinical trials, which means results and benefits for those with the disease may still be years away.

A recent study published in Alzheimer’s & Dementia: The Journal of the Alzheimer’s Association found that you can reduce the risk of cognitive decline by making key lifestyle changes.

Roadblocks on the Road to a Cure

Many experts in the field of dementia research point to two key areas that are creating roadblocks to breakthroughs in the treatment and cure of dementia, including Alzheimer’s disease.

The first roadblock is funding. While in the last few years funding has increased, it still remains well behind other diseases such as cancer.

The second roadblock is getting enough volunteers to participate in the clinical trials. Heather Snyder, PhD, director of medical and scientific operations at the Alzheimer’s Association has stated that “volunteering to participate in a research study is one of the greatest ways someone can help move Alzheimer’s research forward.”

We at Senior Care Corner® also agree that clinical trials are an effective way to not only get new treatments and care for our senior loved ones with dementia, but also advance scientific knowledge in the field to help others with dementia.

Together we can — we will — find a way to solve the puzzle and end Alzheimer’s.