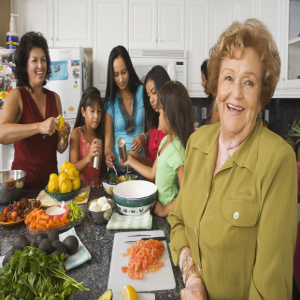 Will there be enough family caregivers to provide loving care to all those seniors who will be needing help by 2050?

That was the question that the Pew Research Institute asked recently in their report Family Support in Graying Societies and the answers are pretty interesting.

Because the numbers of people who will be over 65 by the year 2050 are expected to double, the implications for not just caregiving but economics, Social Security and the healthcare industry are wide reaching.

How will all sectors handle the ever increasing population of older adults especially if family caregivers are at a distance or non-existent?

Many older adults chose not to have children in order to pursue careers and some may have lost their children throughout their lifetime and are now aging without a family support network to care for them as they age.

According to an August 2013 report from AARP:

It is estimated nearly one-quarter of Americans over age 65 are currently elder orphans or at risk of becoming them. They are considered a vulnerable group requiring greater awareness and advocacy efforts because there may be few if any options for them as they need more help.

Finding surrogates to act on behalf of elder orphans could be difficult.

Perhaps the definition of a family caregiver will need to shift from the traditional model of children caring for parents to nieces and nephews, cousins and other appointed kin including friends.

While the current level of family caregiving is great now, the need is anticipated to be tremendous by 2050.

In China, the government mandates that adult children visit their parents ‘often’ and provide for them financially and spiritually.

No, we’re not suggesting such a mandate be implemented in the U.S., but showing how another society is addressing the situation.

How Are We Coping with an Older Population?

The Pew Research Institute compared the United States with two other countries that represent where we will be by then based on the fact that their populations are older right now — Germany and Italy. Their current numbers of elders is the number that  we are expected to approximate in 2050.

Looking at the way they are handling a graying population can help us decide if we are ready and what we need to do to face the upcoming challenges.

This report gives us all some hope despite the country in which we live. It shows us all that being a family caregiver is not only the right thing but a rewarding thing as well.

They found that, in all countries surveyed, more participants reported that they felt their senior caregiving role was more rewarding than they found it to be stressful.

Even helping out their adult children was more worthwhile to them than it was stress inducing.

Many point to the fact their need to be caregivers and help their senior loved ones with daily tasks meant they were spending even more time with them. They were not just engaging in meeting their care needs but also connecting with them, talking with them, and enjoying hobbies with them.

This helped reduce the feeling of stress just meeting their needs could bring.

Family time is important in all countries but in Italy it appears as though the family bond is more defined, as they report living with their senior loved ones more often than in the US and Germany. They are also in much closer contact with their seniors when they aren’t living together compared to the other countries – 70% in Italy, 46% in the US and 32% in Germany report they contact seniors at least once a day.

Americans report using more technology to stay in touch, using text messages, email and social networks more often than in the other nations.

Interesting to note that in this report stepparents and stepchildren were included and were reported to play just as significant a role as parents and children.

Already it seems the notions of a traditional family are being redefined.

We know it is important to provide the highest quality of life to our senior loved ones but there will be many concerns, especially financial, for many seniors and caregivers in the near future.

And what about those elder orphans who don’t have traditional family members to meet their needs?

2 thoughts on “Family Support For Seniors in Graying Population – Enough to Go Around?”