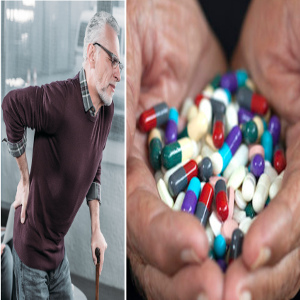 It has become expected that Americans will live a long life.

Becoming a centenarian isn’t as unusual as it once was. In fact, it is expected that there are over 70,000 people in the US that are 100 years old or more!

While the number of those living to 100 is still low, this number has been on the rise since 2000.

Adults are taking better care of themselves by improving their health habits such as smoking cessation, getting and staying more active and eating better.

Why then is the overall life expectancy rate dropping?

Americans’ life expectancy has been on the increase since 1970 but we have seen a change in these numbers recently. Average life expectancy is now 78.6 years. Many experts are linking this change to the opioid crisis.

The news is full of the tales of the current crisis involving pain killing opioids, especially fentanyl and heroin.

In 2016, drug overdoses became the number one killer of people under 50.

Recently, the National Center for Health Statistics for the Centers for Disease Control and Prevention Dangers released their report that the average life expectancy has actually dropped to 78.6 years showing the second straight drop in two years.

In 2016, they found that more than 63,000 people died of causes linked to drug use, which is contributing to a drop in our average life expectancy. While the numbers are largely people between the age of 25-44, older adults are also falling victim to drug overdoses.

It is true that older adults still die more often from chronic diseases such as heart disease and cancer, but there are many elderly who rely on pain killers to relieve their chronic pain. In fact, drug use rose in all age groups, not just among the young.

It’s alarming to learn that the rate of hepatitis C is also on the rise related to the increasing frequency of drug injections of heroin.

Risks of Opioids in Our Senior Loved Ones

Seniors are at greater risk from opioids themselves than from an opioid addiction, which could cause accidental deaths.

The benefits from taking opioid pain relievers for our senior loved ones may outweigh the risks, however.

Benefits of Opioid Use for Senior Loved Ones

More than half of our seniors have chronic pain that worsens as they age.

As a result, many rely on prescription pain relievers to allow them to be independent and complete their daily tasks.

Many couldn’t continue to age in place without the help of their pain medication which improves their physical function.

However, older adults aren’t immune to abuse of opioids or combining this with alcohol abuse.

Tips to Reduce Pain Without Drugs

Family caregivers can help their senior loved ones reduce and potentially avoid substance abuse issues from taking opioids to help with pain relief by using some of these other options.

Our seniors have a right to lead an independent life if that is their choice, free of pain without the pitfall of becoming a victim to pain killer abuse.

Trying alternative ways to treat chronic pain instead of relying on another pill may not be easy for some seniors but could be worth the effort.