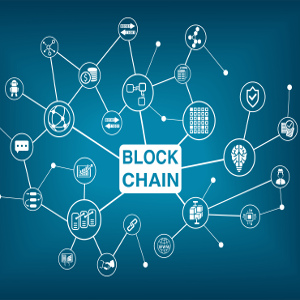 Rushing to the hospital with your grandmother, who has fallen ill while visiting you far from her home, you realize you don’t have her medical records — she has three doctors back home — and don’t know what to tell the ER staff about her chronic conditions.

Your father suffers a fatal stroke, leaving behind your mother with no knowledge of their finances. As in many families, finances were not something discussed with the children, so family caregivers are at a loss to help mom.

You apply for a mortgage to buy a new home and learn someone has opened up credit cards in your name and failed to pay the bills, destroying your credit and preventing you from buying the home your family needs.

Wouldn’t it be nice if we could access our health, financial, and other records wherever we are, confident they are secure and private?

Just a fantasy? Maybe it is today, but (hopefully) not in the future.

Blockchain is a term often heard associated with virtual currencies such as Bitcoin, but it is much bigger — and may be much more important to our lives in the future — than the currencies.

Leaving out the techno-speak, as much as possible at least, a blockchain is a listing of transaction records that, in theory at least, offers security that is absolute and thus can be trusted.

One of the most important features of a blockchain is that it is stored on a widely-distributed network of computers rather than being controlled by any individual, government, or business entity.

As new records are added to a blockchain, the authenticity of the records is verified. Once a record is added, it becomes part of the historical record of the chain and can’t be removed or modified.

If you want to learn more about blockchain, an internet search will provide everything you could hope to learn and much more.

Our goal in this article is to explain why family caregivers may want to become acquainted with the term and follow its development into applications that benefit their lives and those of the senior loved ones for whom they care.

What Makes Blockchain Important to Know?

Blockchain has been called, among many things, “the Internet on steroids” and “Web 3.0,” both of which hint at the potential that is seen for the technology. What really makes it important to family caregivers, though, is the capabilities it could provide us and our senior loved ones.

We could focus on grandma’s needs — and our driving — on that trip to the hospital if we were confident we could access all of her health records securely through a blockchain, which would also provide the healthcare team access to the records they needed to evaluate and treat her.

We could spend our time meeting mom’s needs and those of the rest of the family (including our own) after dad’s sudden loss if we knew all of their financial records were readily available to us through the blockchain so nothing would be missed.

As for that new home we want to buy, getting our mortgage would be a lot easier if the security offered by blockchain had prevented the identify theft in the first place. It might also make it quicker to buy that home, with lower fees, with all property records stored on blockchain, making title searches quicker and more certain.

Those examples merely scratch the surface of what blockchain could mean to all of us.

As our lives, health, homes, cars, and more rely on connections to the web and the rest of the world, the security of those connections is a major concern — and rightfully so, as the seemingly daily stories of hacks, data breaches, and misuse of our information demonstrate.

So Why Not Blockchain Now?

If blockchain technology can do so many important things for us, why aren’t we using it already? There are two big reasons:

Blockchain Not Yet Ready

Blockchain technology is still young, even for today’s lightning fast world, and has not been developed to the point where it can handle the volumes of data our everyday life will demand it handle. It’s not just the ability to handle volumes of information either, but to do so quickly.

So far at least, gaining the security promised by blockchain means each update — each link added to the chain, so to speak — equals delays for which most of us don’t want to wait, especially with lives and our privacy on the line.

While there is every reason to think, or at least hope, blockchain technology will develop the scale and applications to handle our needs, it won’t happen quickly. As with many new technologies, it will take time to train the number of developers essential to do the needed programming.

Yes, we are in a hurry to get it done, but our safety, privacy, and security depend on getting it done right!

Many Not Ready for Blockchain

Even if blockchain were ready for prime time, there are many people and organizations not yet ready for it. It’s not difficult to understand why, either.

If blockchain is going to decentralize our records and other data, wresting it from the control of those who hold that data now won’t be easy. That control, after all, is the source of power and profit for many.

If all of our health records are part of a blockchain to which we hold a secure key, what does that mean to the healthcare providers, insurance companies, and government agencies that hold the key to it today?

Take that same question and apply it to all of the centralized systems in place today and it’s easy to see why a transition to blockchain won’t be done quickly or painlessly.

As with other technologies, family caregivers (and the loved ones for whom we care) will realize the greatest benefits from blockchain if we are ready to take advantage of it when it becomes available.

That means paying attention to the development of the technology and, maybe, educating ourselves so we become more familiar as it develops.

For our part, Senior Care Corner® will be following it’s progress and reporting to you along the way.

We’ll also be hoping blockchain — or another technology if not it — is eventually the answer and not just a fantasy!