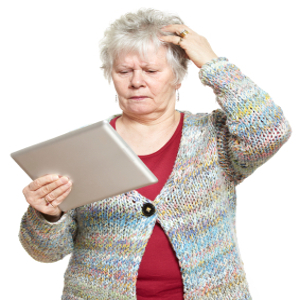 Our mobile world is falling under the control of apps we put on our smartphones and tablets.

Are we putting ourselves in good hands? How do we know?

Thousands of apps fill the search results in the stores for iOS, Android and Windows devices. Sure, most we wouldn’t put on our devices if paid but a lot of them have names or purported functions that at least pique our interest.

Should we? Can we hurt ourselves or our loved ones if we use the apps and follow what they tell us? Most of the time we just don’t know.

Is there somebody looking out for our well-being when it comes to mobile apps, someone verifying the claims when a device says it will tell us what’s wrong with our health or what to do about it?

Buyer Be Aware with Most Apps

For most apps, we are the regulator in that we decide whether apps are downloaded onto our devices and, after that, if they’re used.

Most apps resulting from a “health” search are informational, simply mobile versions of sites we find on the web already. As with websites we view, it’s up to us to decide whether we’re going to use the information we find. Of course, that’s how it works with advice we get from friends, coworkers or even strangers we encounter along the way.

Life tracking in one way or another is another common mobile app function. Want to keep track of how much you ate, how many minutes or miles of exercise you got or your net calorie intake for today? There’s an app – or really hundreds of them – for that. Some may work better than others, but whether one is good or not so good is mostly a matter of personal preference.

Generally, these apps aren’t going to hurt you. They might not give you the best research results or have math problems in calorie conversions, but they won’t make you sick (or sicker).

Apps That Can Impact our Health & Life

What about an app that tells us “if you’ve got X symptoms happening that means Y is wrong with you” or “if you’ve got Y wrong then you should be doing A, B and C to take care of it”? How do we know if those work?

A number of more recent apps connect medical devices to our smartphones or tablets, typically to record results or to communicate between the medical device and our healthcare providers. Sounds like something we really want to work as intended, doesn’t it?

Apps that fall into one of those categories can negatively impact our health if they don’t perform as advertised. Getting an inaccurate diagnosis can lead us to treatments that at best do no harm but could hurt us. An app that garbles the data our smartphone receives from our glucose meter, for example, could lead to dangerous dosages and severe consequences.

Seems as though somebody should be testing those apps to verify their claims, checking to see if they function as needed to perform the tasks for which they’ll be used.

Enter the Food and Drug Administration (FDA), the government agency whose role is, in part, the protection of public health through ensuring the effectiveness of drugs and medical devices.

“Drugs and medical devices” you might say, “where do mobile apps fall into that”? Believe it or not, apps can be considered medical devices for purposes of regulation by the FDA.

We aren’t experts on FDA regulations and how mobile devices or apps fall under those regulations but, through our membership in the Consumer Electronics Association (CEA, best known as the folks who put on the International CES each January), we have access to the insights of legal experts who work with these regulations every day.

Mobile apps are considered to be medical devices under FDA regulations if they are intended for use in health related diagnosis or treatment. Intent is key, as that demonstrates the purpose for which the developer is putting the app forth to the public. No the FDA doesn’t read minds, but it judges intent by how apps are sold, what is communicated to buyers and other information that indicates how developers intend for their apps to be used.

How an app is intended to be used by those who have it on their devices really does matter. We heard a few examples that really drive that home and found one particularly informative.

If you’ve got an app that helps with weight loss, and there are at least a few of those, it might or might not be considered a regulated medical device under FDA regulations.

Same code, different marketing, different view under the law. Yes, this is an overly simplified example but the complications are why so many lawyers deal with this as a career. Sounds like fun, doesn’t it.

The FDA knows it’s regulations weren’t written with smartphones, tablets or their apps in mind. But then, the regulations were written in 1976 and much has changed with technology since then.

In the briefing we received through CEA, we learned the FDA has been trying for some time to clarify the regulatory reach on mobile apps and reduce the burden many developers have to meet.

Essentially, the FDA is attempting to draw the line for regulation based, at least in part, on HOW an app is used. If only the device owner interacts with and uses the information provided by the app then it would not be subject to regulation but it would if a healthcare provider is involved. This might be an app that communicates data between another healthcare device and a doctor’s office, for example or which involves communication between a healthcare provider and the individual who purchased the app for their own care or (for example) a family caregiver receiving information on behalf of a senior loved one.

It sounds like this FDA clarification is being held up by a broad effort to manage regulation across the federal government. Hopefully it will shake loose soon, as app developers need the guidance – and many people are waiting for the benefits to be delivered by the apps currently on hold or in the pipeline.

Regardless of the pending FDA clarification, it’s apparent we’re on our own with the vast majority of health apps. That means doing our own homework before downloading and using an app.

Check out the reviews, both in the app’s store and online, keeping in mind that not all reviews are unbiased and can be trusted. Don’t stop there, though, but go further and learn about the developer’s reputation and history with other apps.

4 thoughts on “Will That Mobile Health App Help or Hurt? Is Anybody Checking Them Out?”