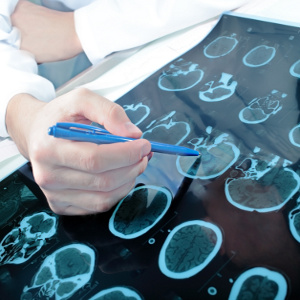 We cringe at the thought of our loved ones being diagnosed with Parkinson’s or dementia – – and too many of them have been already.

What if they are diagnosed with both?

Alzheimer’s and other dementias have become the focus of much-needed research. One outcrop of that research is the ability to learn more about other neurodegenerative disorders such as Parkinson’s Dementia and Lewy Body Dementia.

Parkinson’s disease result from a reduction in dopamine production in the brain causing an inability to control the bodies’ movements. Parkinson’s usually manifests with tremors, muscle stiffness or rigidity, slow movements, and balance and mobility problems. The disease itself is not fatal but the complications that can arise generally are.

Like Alzheimer’s there is no known cure for Parkinson’s disease. At this point, symptom management for the highest quality of life possible is the treatment.

People with Parkinson’s disease have brain changes, in fact damage, as a result of deposits of alpha-synuclein called lewy bodies. This is a protein found in all brains but we are only beginning to understand how they cause damage. This particular protein is found along with the other known hallmarks of dementia – plaques and tangles in people with Parkinson’s disease.

When a person already diagnosed with Parkinson’s exhibits certain symptoms, they may be at greater risk for developing dementia in the years to come. These symptoms include hallucinations, excessive daytime sleepiness and the “freezing” movements characteristic of Parkinson’s, causing problems with balance and leading to falls.

Many are not familiar with the number of people who are currently affected by Parkinson’s disease in this country. Perhaps they know that Michael J. Fox developed the disease early in his life and is fighting it diligently and raising funds for research.

Did you know that almost 2% of all adults are affected by Parkinson’s? It is estimated that 1 million people in the US have Parkinson’s disease and 5 million worldwide.

More men than women will be diagnosed with Parkinson’s disease. It affects young and old alike. The exact cause is still being studied but there is some link associated with genetics and perhaps also environmental exposure to toxins such as pesticides. Approximately 50,000 people are diagnosed each year.

The startling statistic is that as many as 50-80% of those people with Parkinson’s disease could eventually experience dementia, according to the Alzheimer’s Association, but others estimate the prevalence to be 20%.

50% of those with Parkinson’s have mild cognitive impairment. The usual rate of development of dementia is ten to fifteen years after the original Parkinson’s diagnosis.

Because Parkinson’s is a degenerative disease, those struggling with the disease and the family caregivers who provide daily assistance know that a slow decline in functional status, both physically and mentally, are part of this disease.

When a dementia diagnosis is added to the Parkinson’s disease diagnosis, it signals a progressive decline in the overall condition as dementia occurs after motor function is diminishing.

Parkinson’s Dementia is more difficult on caregivers than some of the other dementia types, including Alzheimer’s, because of the added impact of motor loss in Parkinson’s.

These are some symptoms of Parkinson’s Dementia that may vary from those of Alzheimer’s and other dementias.

What Family Caregivers Can Do

If your senior loved one is experiencing memory changes there are some things you can encourage them to do to help with their symptoms. At some point, family caregivers are encouraged to learn themselves and teach their senior loved ones ‘work arounds’ or strategies that will help complete necessary tasks.

At times, dementia in a person with Parkinson’s disease can have another cause so your senior’s doctor should investigate their symptoms thoroughly. Other possibilities include Vitamin B12 deficiency, depression or thyroid dysfunction.

Family caregivers of those people with Parkinson’s Disease Dementia will benefit from learning about the disease process, strategies to manage the disease and the environment, connecting with others and finding time to care for themselves throughout the day.

This disease, while progressive, can run a course of many years. Protecting yourself as a caregiver in order to continue to provide care for many years should be considered part of the treatment plan.

There are support groups specifically for those dealing with Parkinson’s disease. You may also benefit from Alzheimer’s support group meetings to learn more about caring for someone with dementia. There are also online support sites and other social media platforms that can help you cope with your daily obstacles without having to leave your loved one’s side.

Dealing with the physical changes of your senior loved one, in addition to the emotional changes you feel as you watch them decline, will likely be very stressful. The more help, support and even counseling you can get, the better caregiver you will be able to be for the long run.

How do you cope with the changes? Do you have strategies to share with others? We would like to hear from you!