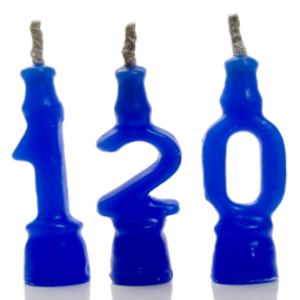 120 years old – if you could live that long is that what you would want?

America’s population continues to grow older, with one in five expected to be seniors by the year 2050.

Would you believe there are more than 50,000 centenarians – people at least 100 years old – already? That number continues to rise daily.

By all reports, we are going into our golden years much healthier than have past generations. We are fitter and have the benefit of medical advances which help keep us all well longer.

Every day we learn more ways to improve our lifestyles and diets to prevent chronic disease and are finding ways to stay physically active through the years in activities we enjoy. Not only are we learning, but there are signs even more of us are starting to put what we’ve learned into action and are living healthier lives.

Yes, we are taking better care of ourselves but do we want to live longer? A recent Pew Research study asked who wants to live decades longer.

The results may surprise you. We weren’t quite sure what to expect.

Living to 120 Not Favored or Widely Expected

Make no mistake, the researchers point out that there is in reality no way to slow the aging process and extend our life expectancy to 120 years at this time, as the recent cover of National Geographic Magazine suggests with the cover headline “This Baby Will Live to Be 120.” However, research is currently underway to do just that.

Outlook on Aging and Medical Advances

Survey respondents also had interesting things to say regarding their outlook on aging and medical advances.

The bottom line for those surveyed is that three out of four feel that the average person will not live to be 120 years old by 2050. These results are thought to be due in part to the skepticism on medical advancements perhaps due to inadequate knowledge on the status of research but also that everyone will not have access to medical advances due to finances.

Successful Aging Tips for Our Senior Loved Ones

Whether living longer means 120 year old or something less, we hear from many that it’s not the number of years in a life that’s is most important, rather the amount of life in those years.

Here are some tips to make those years better.

What do you and your senior loved ones think about your aging process? Are you staying healthy? Do you have a positive outlook compared to your ancestors?

We would love to hear your thoughts.

2 thoughts on “Do Today’s Seniors Want to Live to 120 Years Old? Do Younger Adults? Do You?”