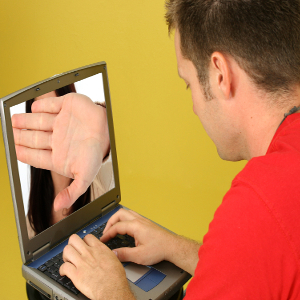 Social networking successfully and safely requires a balancing act. By it’s nature it means sharing information but at the same time that sharing can hurt us. Between the things we share that maybe shouldn’t go online and those who are out there looking for anything they can use to make money – legal or otherwise – any online activity carries risk.

We can’t talk enough at Senior Care Corner about what we see as the importance to senior loved ones of getting them online and active on social media sites, especially those who are aging in place independently at home. The benefits justify urging them to take the leap if they aren’t already active on the web but the risks dictate that we help them do so safely and securely.

Unfortunately, seniors are less likely to take steps to protect their online activity, according to a new study from the Pew Research Center. We feel there are stories beyond the numbers that impact what they reported so we’ll delve in those along with the statistics.

Adults overwhelmingly report using one or more strategies in an effort to retain their anonymity when online. Seniors are much less likely than other age groups to do so, however.

Does this mean that seniors are knowingly operating less safely than others online? Probably not, at least based on our experience. Many seniors likely aren’t aware of these steps that can protect them online. Others may feel they limit their online activities enough not to need these precautions.

“The internet isn’t written in pencil, it’s written in ink” is a brilliantly-put lesson many of us took away from watching The Social Network. How much “ink” do we think is out there on us? In this area, seniors aren’t too far behind other adult age groups.

Keep in mind those results indicate what respondents to a survey THINK is true. That may be wishful thinking, at least when it comes to birthdates and memberships. Based on some sample searching we have done over time and in research for this post, it’s likely many people don’t realize just how much information can be found about them — and that is likely the case even for those not active on the web.

On the other hand, there aren’t big numbers of adults, across all age groups, who feel it’s crucial to control access to personal information online. Other than our email, fewer than half indicate a need to control who sees online footprints.

Even when not working to remain anonymous, a majority of adults say they’ve actively worked to stay under the radar when it comes to certain people or groups. Fewer than half, though, report taking steps to hide from criminals or hackers. Do we not see any risk or just not any way to do so?

There are some groups, though, from whom we try to hide more often than others. All age groups are more likely to try and avoid detection by advertisers, people from their past or certain friends than they are their employers, the government or (least of all) law enforcement.

Interesting, and a positive thing, that we (the collective “we”) see less reason to try to hide from law enforcement than hackers or advertisers.

Yes, we favor urging senior loved ones to at least try the web and social media sites, even setting them up for it if needed, in hopes they will see what they’re missing and join the majority of their peers who are already online. Do we need to push them regarding safety, though, or just inform them?

We think it’s the latter.

Safety online is important, but there are a number of ways to be safe — or to choose not to take precautions. Seniors are adults, after all, and adults generally are allowed the discretion to act (within limits) and are held responsible for the results of their actions. That means we should inform them regarding steps they can take to be safe and secure when online and make sure they know the potential repercussions of not doing so.

Arm them with the information and let them decide!

Do you think a different approach is more appropriate? If so, we’d like to hear from you!

3 thoughts on “Majority of Seniors Online – But Are They Practicing Safe Surfing & Social?”