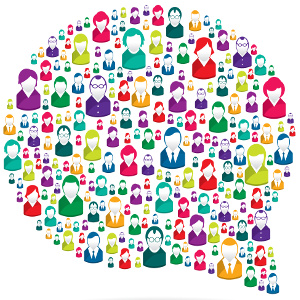 Seniors, elders, silvers . . . just what should we call adults who have reached or surpassed the age of 65 — or should we can them anything special at all?

That compelling question, along with some feedback we had received from members of the community, inspired us to put together a one-question survey a while back to find out what others think.

Our survey was what pollsters would call “unscientific,” meaning it was not set up to be statistically valid or a conclusive representation of what Americans, or even all members of the Senior Care Corner® readership, believe. What we have are the opinions of those who chose to share their thoughts with us, which is what we were seeking.

To those of you who took the time to respond, either to the survey itself or via social media (and there were many who chose the social media route), THANK YOU!

“Why a survey,” you may ask – and a number of you have asked. That’s fair since, after all, there are a lot of surveys conducted.

We’ve received a few comments about our use of “seniors” to refer to older adults, with indications there are other labels that are more appropriate, more respectful or just fit better. Sure, we can’t please everyone – and hope we don’t offend – but it just made sense to us to check and see if a lot of others share the sentiment we have heard.

The survey was a simple one, in which we asked “what word(s) should we use to refer to those who are 65 years old or older”? We listed several options with which we are familiar and provide the opportunity for respondents to add their own.

The survey was distributed with the article explaining it, which was promoted via Senior Care Corner, our Facebook page, our Google+ page, and in numerous tweets.

Okay, we pretty much gave away the results with the headline, didn’t we. As you will see in the chart below, which reflects responses through social media as well as the survey instrument, “seniors” was selected by more than half of the survey respondents, with “elder” picked by nearly half.

Please note that some took advantage of the opportunity to select more than one word, which is why the percentages add up to more than one hundred.

Were there any surprises to us in the results? Yes. We thought the term “silver” would be more popular, but maybe that was just because advertisers seem to be using that term. Clearly it was not among the favorites of those who responded to our survey. We treasure the feedback of those who put time and effort into going beyond the survey to send us their thoughts and would like to share some of them in abbreviated and sometimes paraphrased version here.

Alive, and pleased to be here!

Silvers, because the term silver indicates strength and value in the community, something (or someone) that is solid (more than one response along these lines).

It is difficult finding terms that are acceptable today, but it is individual respect and kindness which is most important.

Hard to determine names for groups that may face ridicule for who they are. Our country does not respect elders in the same way as do other nations.

I vote for silver-haired mavens.

Thank you to all those who sent us comments. It would take too long an article to print them all but we read and valued each.

We learned of another poll along the same lines by National Public Radio (NPR) while we were contemplating the whole question of whether there is a “best” thing to call aging Americans. Since more data is often better, we want to share what they found.

The three top results in the NPR poll of its listeners were the same as in ours, though in a different order and with none favored by a majority of their respondents.

About 2 in 5 named “older adults,” about which NPR said there was not real enthusiasm, with both “elders” and “seniors” named by 1 in 3.

We found most interesting the other side of the NPR poll, which sought feedback on the most disliked terms for those who are older. They said there was much more enthusiasm in this part of the voting.

Not surprisingly, “elderly” was viewed negatively. While close to elder, it is often seen as denoting someone who is frail and even sick. We have encountered that reaction as well.

Some terms that sound positive in nature and are often used with that intent were seen as negative by a majority of the respondents. This includes labels such as “positive aging,” “successful aging,” and “golden years.”

The desire to group large numbers of people under a single label defined by age miscasts many, as Millennials, Gen-X’ers, Baby Boomers, etc are not homogeneous groups. Used in context, though, they can help convey information about a large group in many fewer words than a long explanation, as we hope the use of “senior” in Senior Care Corner® accomplishes.

Where other age-based names cover enough years to define a generation, any term applied to all those who are 65 or older tries to blanket more than 40 years of Americans, including those with different needs and wants. This might be, at least in part, because marketers have not focused a lot of attention on older adults in the past so many of those preparing statistics have lumped all seniors into one age category — if they included them at all.

Fortunately, that is changing.

As seniors continue to become a larger percentage of the American population and gain recognition as people who may have willingness and ability to spend money, business will begin to focus more on elders as a target market. As they do, they will quickly recognize – as some have already – that older adults don’t comprise just one market segment but many, with varied needs, desires, and purchasing habits. At that point we will probably see additional names widely used for adults who are older.

What names should be used then? That’s a discussion (or multiple discussions) for another day!

As a closing thought . . . no matter what name we use to refer to groups of people, we need to keep in mind that it’s individuals who will hear and react to these names, individuals who deserve our respect!

2 thoughts on “Survey Says: Majority Feel Those 65 and Older Should be Called … Seniors”