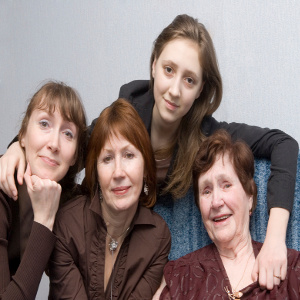 Caregivers face many difficulties each day, don’t we? It might be finding time to do it all — even half of it — making everyone happy or just getting a shower some days!

This of course doesn’t change the passion that we have for providing care to our senior loved ones. We are fulfilled even in the midst of extreme pressure. We are where we should be and there is no place you would rather be!

But couldn’t it be even just a bit easier sometimes?

Let’s add a few more wrinkles to the caregiving challenge – finances and emotions. We don’t want to think about either one but to be a healthy caregiver, we need to be able to recognize the potential to feel squeezed by both of these realities and face dealing with them so we stay in control.

According to a recent report from the Pew Research Center, in 2012 nearly half (47%) of adults in their 40s and 50s have a parent age 65 or older and are either raising a young child or financially supporting a grown child (age 18 or older). Of those people, 15% are providing financial support for their seniors.

That’s a good description of those in the sandwich generation, more specifically who are in the middle of a triple decker sandwich!

It has been estimated by Family Caregiver Organizations that, on average, family caregivers have helped with expenses for two to six years, spending an average of $19,525 in out-of-pocket expenses.

That can make a real impact on the budgets of U.S. households!

Who are Sandwich Generation Caregivers?

Sandwich generation caregivers are said to be often women in their mid-forties who hold jobs outside the home, care for an elder parent or family member as well as children and are married. They devote some 20 hours a week to caregiving.

That is not to say that men aren’t in the sandwich generation — they are and their numbers are rapidly growing!

It seems, according to the Pew Research report, the bulk of the financial support from those in the sandwich generation is being provided not to our seniors but to our grown children. 48% of adults 40-59 give some support to grown children but only 21% to seniors over 65.

According to the report, one area of financial support to grown children is college. Also more younger adults are unemployed or underemployed earning less than they have in the past and have moved back home.

The public, however, seems to feel 3 to 1 (75% versus 52%), that adults have a responsibility to support seniors instead of grown children. Unfortunately, caring for everyone pulls the sandwich generation in every direction.

When Pew Research asked about their financial status, these statistics were presented:

Not investigated in this report was the number of seniors who provide financial assistance to their children aged 40-59 or how many seniors are supporting their grandchildren. We have seen the statistics that a greater number of grandchildren have become the full time responsibility of older adults.

The number of grandparents raising their grandchildren is in the millions and 4.9 million children under the age of 18 live with grandparents, 20% of these kids have no parents present in the household.

In addition to spending their earnings, not saving for their own retirement or even borrowing to support everyone, adults in the sandwich generation feel emotional pressure from their family members who rely on them. Despite mounting stressors, adults in the sandwich generation, according to the same Pew report, state that they are very happy with their lives compared to those who are not caregiving (31% compared to 28%) and 52% more say they are pretty happy.

Not surprisingly, many adults who are caregiving for both seniors and grown children report that they often feel rushed compared to those who are not caregivers. If they are not now providing hands on care, they expect to have to do so in the near future.

Not only do sandwich generation adults provide financial support but physical caregiving, with day to day activities that can also increase emotional stress. Sandwich generation caregivers report that they feel that they provide emotional support to their seniors 68% of the time and to their grown children 76% of the time; they feel depended upon.

The older their parents become, the more care and attention they require and the greater the stressors will be for sandwich generation carers.

Lest we forget about the grown children, sandwich generation caregivers report that they frequently provide even more emotional support of the children, 78% compared to 65% for their seniors. It seems only natural that we feel more invested in the children’s life at this point. Many parents (47%) report that they feel a stronger bond with their grown children than they felt with their own parents at the same age.

The Pew Research study was conducted in both 2005 and 2012. During the time that elapsed, the most interesting change in the data was the result that the demographics of sandwich generation caregivers is changing perhaps more than the seniors for whom they care.

It will be fascinating to see the changes reported next time the study is carried out in the future. It is inevitable that more people who find themselves caring for their senior loved ones at the same time they are caring for their children, their jobs, and their own relationships will continue to feel squeezed and unsure of which way to turn.

There will be more of us in this position as our population ages. What types of assistance or policy changes will be instituted to support sandwich generation caregivers remains to be seen. There are a multitude of needs that this group will look for help to be met.

What are your challenges as a sandwich generation caregiver? How would you like them solved?